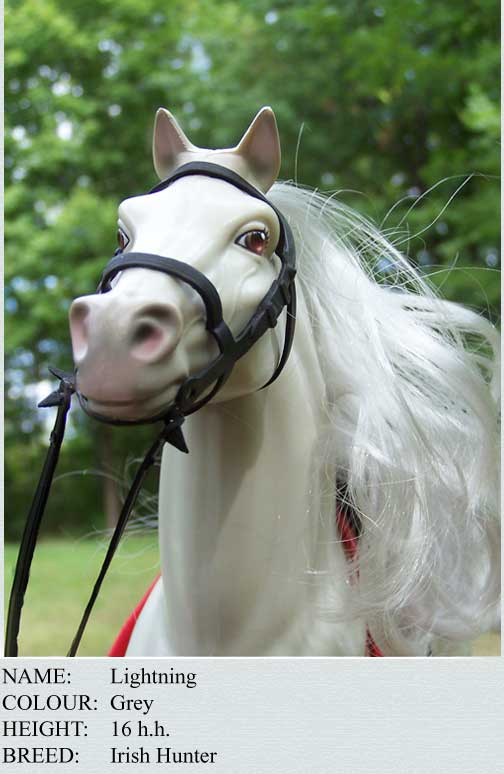 Lightning is Cheryl Haney's pride and joy. A friendly, amiable gelding, his manners are impeccable, both in the barn and with the most inexperienced rider! Lars Lindquist had never ridden before the Tournament, but he enjoyed his lessons on Lightning VERY much indeed! 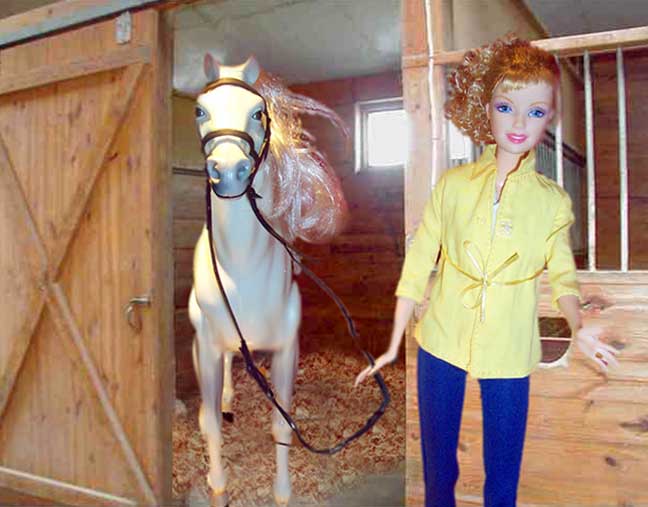 In addition to his wonderful manners, Lightning loves to listen to the "easy listening" station playing on the barn radio, and has his own soccer ball, which he likes to dribble in his stall. He is notoriously fond of playing jokes on the other horses, and has been responsible for inventing several paddock games such as "Stick Whacking", "Cowboys and Indians" and Fence Osmosis (which he is too big and tubby to do himself, but which he enjoyed teaching to pony buddy, Rodrigo). 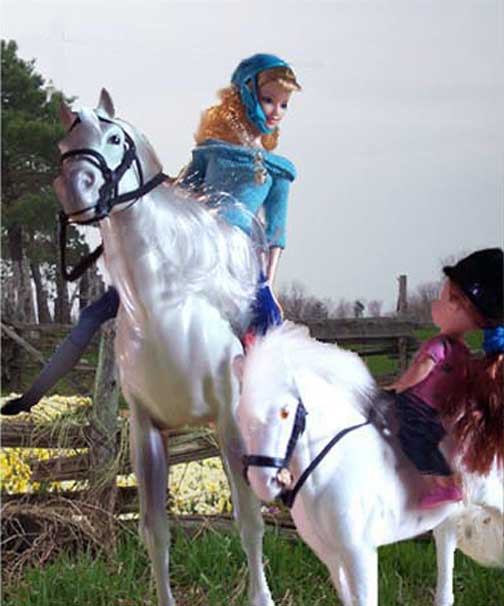 Cheryl was EVEN able to ride Lightning RIGHT up to the end of her pregnancy, when expecting little Rose! 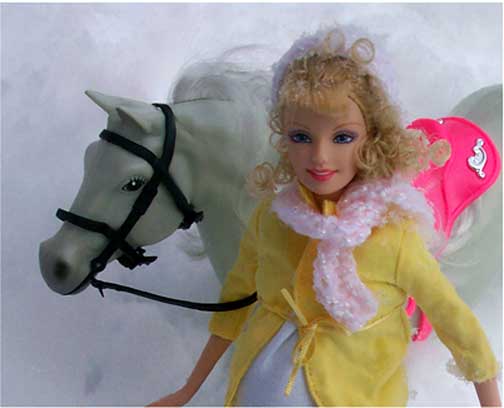 And LARS had a wonderful time with Lightning at the Tournament, winning third place in the outdoor fighting, and actually lasting TWO rounds against Bethany Underfoot in the JOUST! 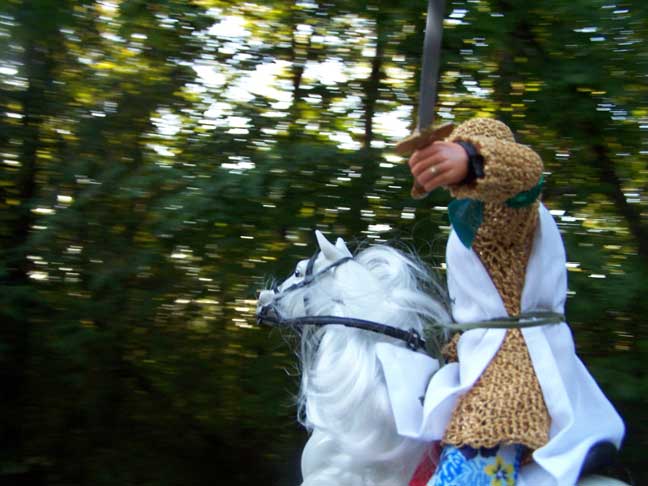 In fact, Lars even tried to BUY Lightning from Cheryl! 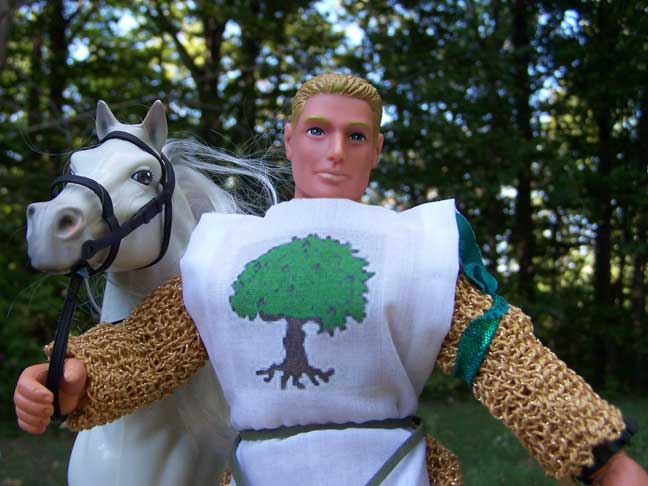 "NO CHANCE!" says Cheryl - though she has generously offered to let Lars hang out with Lightning ANY time he likes - as well as continue his RIDING LESSONS!

OH! And one LAST THING... Lightning won the "Best Horse" ribbon for the ENTIRE TOURNAMENT! (Cheryl was SOOO proud!) (But we think he liked the APPLE better!) 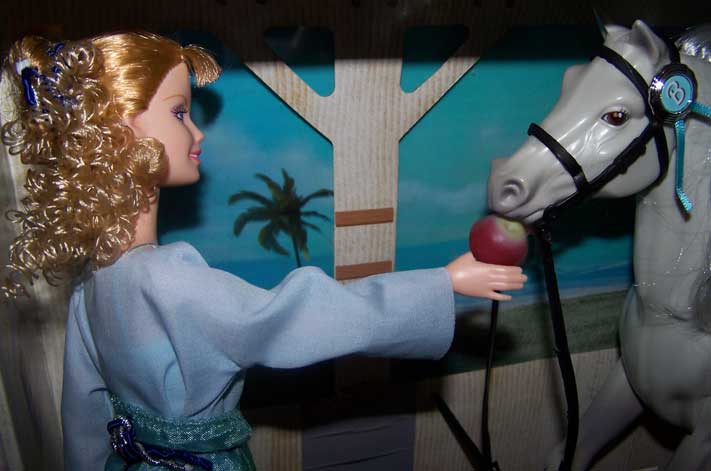