A slender snow queen in pure sparkling white, midnight blue and silver, Tamsin Edwards' simple outfit took everyone's breath away! She laughed, however, when we asked her about her gorgeous designer costume.

"Actually, it was Nadine's old wedding dress! Oh, NOT the one she wore when she married Lars - that one cost THOUSANDS of pounds - but one she bought YEARS ago, when she was just generally dreaming of being a bride.

"It was on sale at Madame Marabou's and at the time, she thought it was the prettiest dress in the world; but of course, by the time she and Lars got engaged, she wanted something MUCH more sophisticated. She says it's been hanging in her wardrobe for YEARS!

"All I did was add the headdress," she laughs. 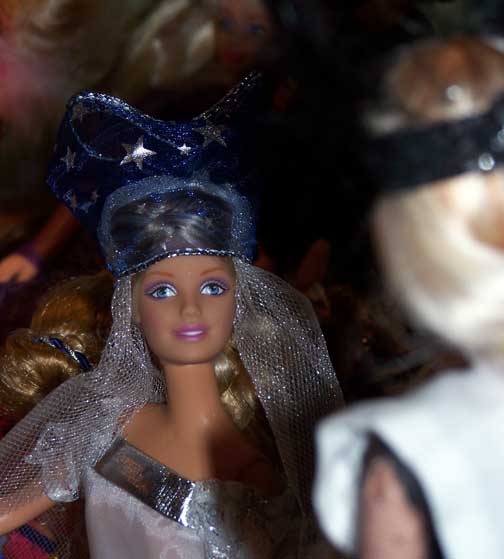 Tamsin's transparent butterfly headdress was MUCH admired!
(AND the glass slippers, we note! A nice touch!) 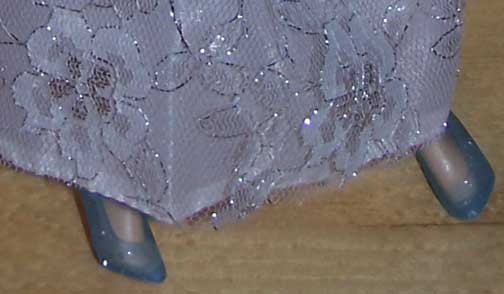 Though, as Errol the Barbarian enthusiastically told us, "Tamsin would look stunning in ANYTHING!"

(We must admit that Errol wasn't formally fighting for Tamsin that weekend... In fact, he wasn't supposed to fight at ALL, and he spent most of the three-day event flirting outrageously with one lady after another - but steady girlfriend Tamsin didn't seem to mind. 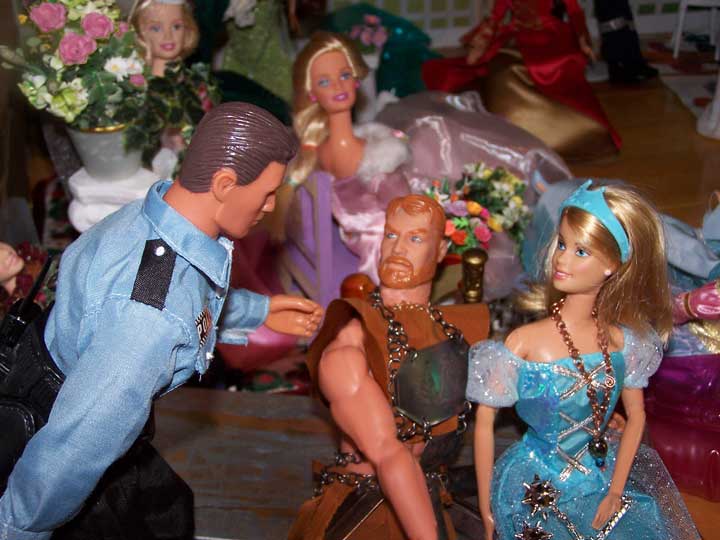 Errol flirted SO outrageously with Doctor Megan that Officer Joe felt compelled to check him!
...And apparently VARNA wasn't too happy about it EITHER...

"After he got the bad news from Doctor Megan that he wasn't allowed to fight, because of his weak spine and legs, he went a little crazy," Tamsin explained. " `Errol the Barbarian' was just his way of dealing with the bad news.") 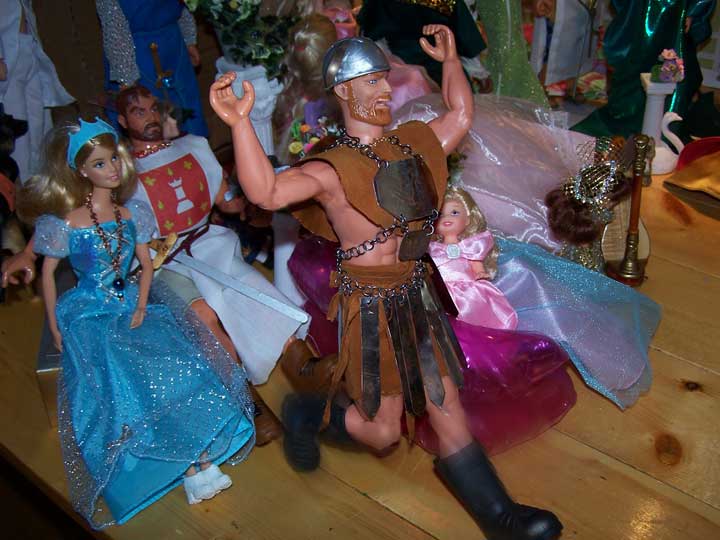 ...Though she DID admit he went "a little bit far" when he attempted to abduct the BRIDE! 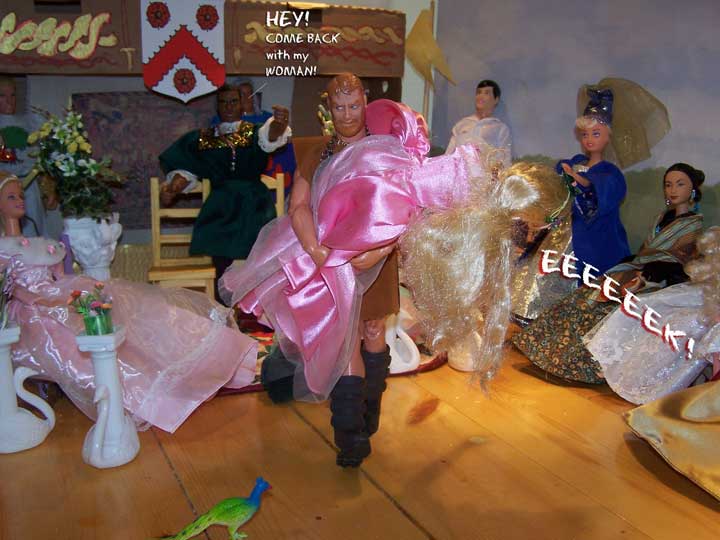 However, by the end of the weekend, she had him firmly back under control... 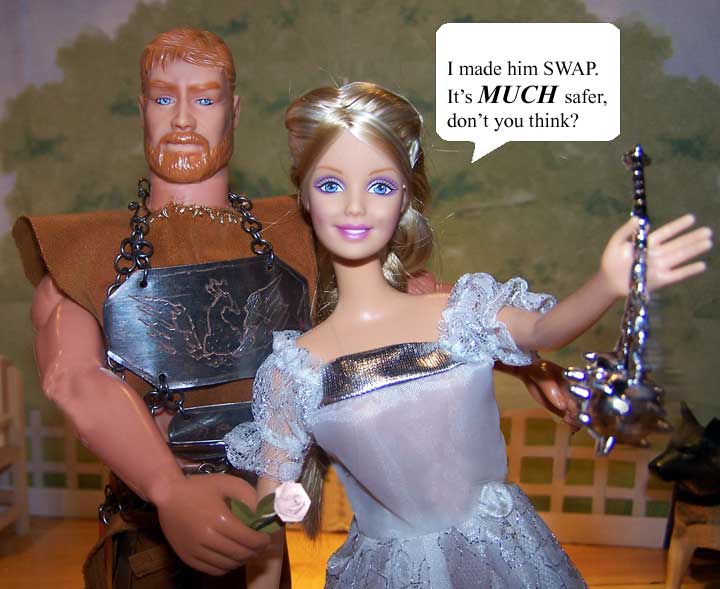