Alas, the beautiful Cheryl had NO knight to fight for her. We think it's SO unfair that we're putting her in this section ANYway! Heartless husband Donald asked Nancy Hanbro to be his Lady for the joust and tournament, instead! 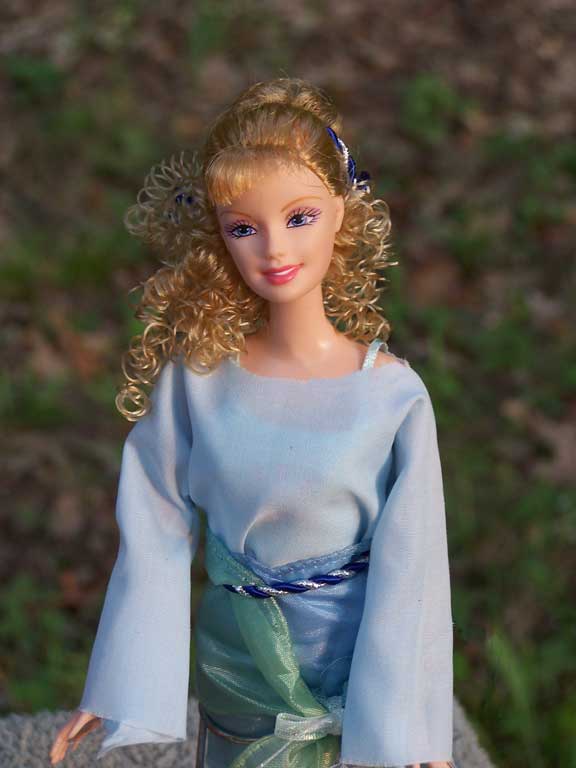 Varna Sorensen reports that Don and Cheryl had a "huuuge fight!", the night before the Wedding - supposedly over the tasteful costume that kind-hearted Katherine sewed for Cheryl, after she found out that Cheryl had spent so much time making Don's costume that she had not had time to make one for herself. Don reportedly objected because "the delicate pale blue tones of her outfit did not match his," according to Varna.

We have also heard from many sources that (in spite of her three rambunctious children!) Cheryl worked tirelessly behind the scenes, sewing costumes for Knottwooders who could not sew, preparing food, and decorating the jousting field and Great Hall for best friend Alicia - until Katherine and Lilith most fortunately found out, and stepped in to help her with the heavy load.

(Nancy Hanbro herself wore a dress of crimson and gold satin - made by Cheryl!) 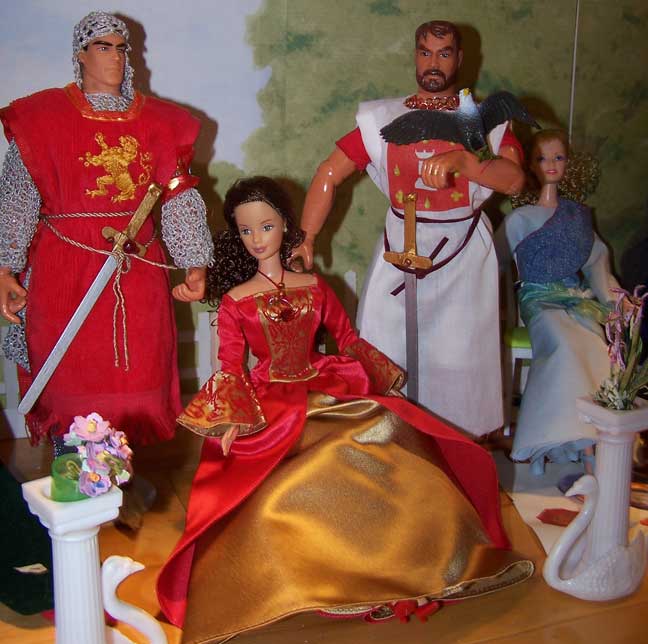 This photo says it ALL, we think!

"And Don did NOT help her with the children ONCE, before the Tournament," adds Katherine. "Why, he was away for WEEKS, evenings and weekends, practicing for the Tournament!"

Only Cheryl herself seems unfazed by all the fuss. She cheerily denies the "huge row" story, and adds consolingly, "It was all a bit of fun! I didn't take it seriously... And honestly, I was glad to sit quietly in the background, after all that work!"

We noticed she couldn't help cheering, however, when Michael of the Purple Flame knocked her fickle husband off his horse! Which thankfully seemed to knock his ego down a peg or two... 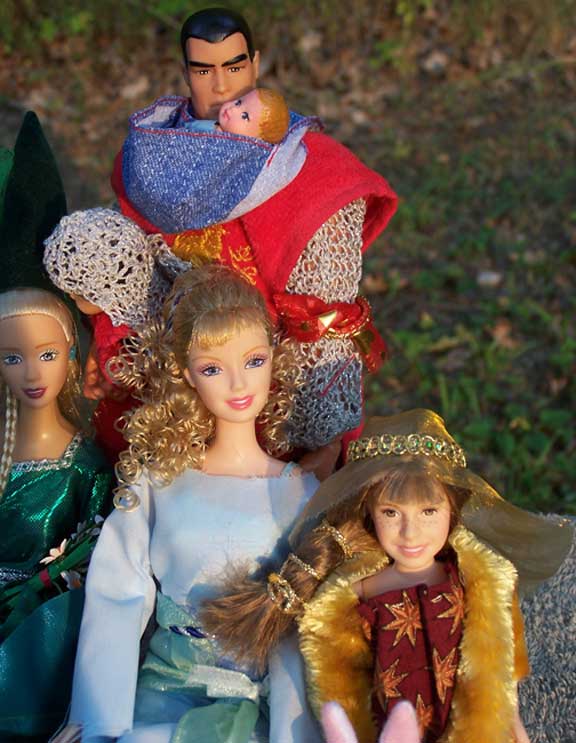 A subdued Donald Haney remembers his wife and family at LAST!